Like Random the Dungeon, Chaosoft’s RPG EvilQuest contains exactly what its title suggests. It’s not every day you get to play as a character known throughout the world as ‘the Bastard’ and wander the land, kicking old men to death in windmills.

Don’t get over-excited. EvilQuest doesn’t set you free to steal and slaughter as you see fit, Fable-style. In the grand old tradition of RPGs, it’s all very linear. It does deliver on its promise though, by being a solid, enjoyable adventure with overtones of malice to lighten the mood.

It’s made clear from the outset – with much sombre pomp and a fun battle scene that harks back to 16-bit era – that our protagonist, Galvis, is not  nice man. He has ravaged the world, but fell to the army of a kingdom he invaded, and now he must start again from scratch. As a character, Galvis reminded me a little bit of Darth Revan from Knights of the Old Republic. He has a similar recklessness to his evil, killing people gleefully and then asking with wry amusement, “Well what did you expect?” It’s a gimmick of sorts, certainly, and we don’t get Shakespearean depths of characterisation, but it’s surprisingly refreshing to watch Galvis be undilutedly evil, and the dialogue certainly provokes  few chuckles. He isn’t justified by doing evil things to an even more evil enemy; he doesn’t reluctantly do good deeds to further some abstract ‘evil’ goal that otherwise never shows its face. He’s a bastard. To everyone. All the time.

Gameplay-wise, EvilQuest doesn’t do anything very new, but it does provide an enjoyable entry in a genre we don’t see much of anymore. Prior to its release, reports heralded it as an indie Zelda, but that’s not really accurate. Its real-time combat has touches of Zelda, but mostly it’s more like the Super Nintendo action-RPGs of Squaresoft and Enix – games like Secret of Mana, Terranigma and Illusion of Gaia. It has a simple, manageable magic system, uses experience points and levels to improve your character, and doesn’t delve into puzzle solving beyond finding the correct teleporter to move onwards. Zelda it is not, but the precedent is no less distinguished for that. It’s your skill and your gear, rather than your knack for lateral thought, that will see you through here.

Another point in the game’s favour is its imposing boss fights. Some are very straightforward pattern-learning affairs, but several are more challenging, and all are dramatic battles with sizeable beasties. The occasional encounters with squads of the king’s troops are a nice touch, too. They prevent the feeling of Galvis being detached from his main goal, as often happens with grand RPG quests.

There are a few things that I could complain about, but it would be churlish to do so. I spent more on yesterday’s loaf of value-brand bread than I did on EvilQuest, so remarking that one or two of the background melodies can become grating seems rude. None of my minor quibbles are enough to impact my enjoyment of the game. Well…maybe one.

If I were to gripe unrestrainedly about one thing in EvilQuest, it would be the wonky collision detection. It’s pretty common for an enemy to inflict damage without touching you, and for your own weapon to pass through your target harmlessly. It’s not constant, but it is quite frequent, and there doesn’t seem to be any pattern to it. The thing that stops this being controller-chewingly infuriating is the overall low difficulty of the game. Aside from some of the later boss fights, EvilQuest is a relative cakewalk for anyone with RPG experience under their belt. If it was a tough game, the uneven collision detection would be more of an ordeal.

Ok, two niggles actually. The other one is the repetition of enemies. You’ll pretty much fight the same half a dozen pallette-swapped enemies throughout, and by the time you get to the final dungeon the sight of a bat or an archer will make you sigh. The collision detection issue sometimes makes their attacks feel a bit cheap, but for the most part they’re fine and only become a problem if they manage to swarm you.

Let’s be clear, though: the game’s general ease isn’t a complaint. It’s still enjoyable and never gets a chance to become frustrating, and for the princely sum of 80 MSP (60p/$1) its 3-4 hour running time is quite respectable. Besides, it doesn’t have much competition on the indie channel. The only other examples that come to mind are FenackStory and Lootfest – the former’s story is entirely in Japanese, the latter has no story at all, and the two games could be completed back-to-back in an hour. In comparison, EvilQuest provides good value for your tiny investment, and is certainly an enjoyable way to spend an afternoon or two.

EvilQuest does what it sets out to. It provides a few hours of fun action-RPG adventuring in the style of ye olde Super Nintendo. Its few flaws are minor, and easily shrugged off since the game does so much right. Go on, be a bastard. It feels good. 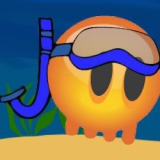 By Alan (The Indie Ocean)

Ah, you beat me to the review, although I’m still in the middle of playing. Sounds like you had the same experience as I’m having now, although I have to admit, adventure games on xblig have not held my interest for long, generally, and EQ has been fun for me so far. Looks like it’ll stay that way too, with nothing controller-chewingly infuriating (I like that one) on the horizon. Well done.

Yeah, I found it good fun. Had a chat with the developer last night, about the collision detection problem and so on. He seems eager to iron out that stuff. Have you run into that problem?

Not that I noticed, but I’ll be looking for it now, so it’ll probably crop up. Shouldn’t pose much of a problem, and it’s good that they’ll be working on a patch for it. For a game this size that stuff’s going to happen.

Well the reason I ask is that it could just be me being fussy. I felt like the collision detection was off, but I must just be bad at the game and feel like it’s not my fault. 😛

Haven’t had the collision detection issues you mentioned, but otherwise a spot-on review that I completely agree with.

[…] In my indie game explorations so far, I’ve found surprisingly little in the way of Zelda-like action RPGs. To date, the only one I’ve noticed (and that hasn’t made me cry bitter tears of regret for trying to play it) is the fun but alarmingly brief Fenack Story, or フェナックむら ものがたり to give it its official title. Now, though, Chaosoft provide us with a fuller and more ambitious action RPG experience with EvilQuest. True to its name, EvilQuest, like Cthulhu Saves the World, places the player in the role of a bad person trying to do bad things on as large a scale as possible. It’s not perfect by any means, with some repetitiveness and wonky collision detection in places, but at 80 MSP it’s easily worth playing for the few hours of its duration. FenackStory is still the closest thing Xbox Live Indie Games has to Zelda, but EvilQuest is a better game and deserves a look. A longer review (and a shorter one too, for that matter) can be found here. […]